It’s fantastic when a session like this comes together. Last month I called Mel and Drew with an idea for their fall colors engagement in Aspen. I thought that the timing would be ideal for a trip up to the Maroon Bells. Thankfully, they were as excited as I was despite all the extra planning and logistics involved in trying to do an engagement session at one of the most photographed locations in all of Colorado.

My fiancée, Amy, joined me for the trek to Aspen to help as long as I treated her a trip to the hot springs the following day. They joined us for lunch in Aspen before starting the complicated journey to the bells. Drew, Mel and I took the bus in early and thankfully Amy was able to drive the car in at 5pm when they opened the road to personal vehicles. You never know if there is going to be enough parking since it’s so limited. It was a little nerve wracking waiting for Amy to arrive with more outfit changes, gear and water. The three of us cheered when we saw her pull into the parking lot.

Mel and Drew were an absolute blast to work with and made all of the planning and complications worth it. Mel arrived with a multitude of great clothing options because she was “not fucking around with these photos.” There is nothing better than clients who care about their photos as much as I do.

We spent the entire evening exploring the nearby trails in search of different scenes. As much as we were at such an iconic location, I wanted their Maroon Bells engagement photos to have variety. Drew never complained once despite asking him to hike quite a ways in dress shoes, carrying their extra clothes in tow and munching on Cliff Bars to keep from getting hungry. Mel’s bubbly personality was infectious and a joy to be around as we hiked up the trail in fading light. I’m not sure they knew what to think when I asked them to climb a large boulder in a rock garden, in heels no less, but they did it without hesitation.

After sharing the experience of listening to the hippie bus driver’s tour-guide monologue and hiking back to the car in the dark after I made them stand in the crisp, fall air for a photo under the stars, it will be tough to forget this one. Thanks for being open to my crazy ideas you two. If we have half as much fun on your wedding day as we had during your fall colors engagement session it’s going to be mega. I hope you enjoy the photos! 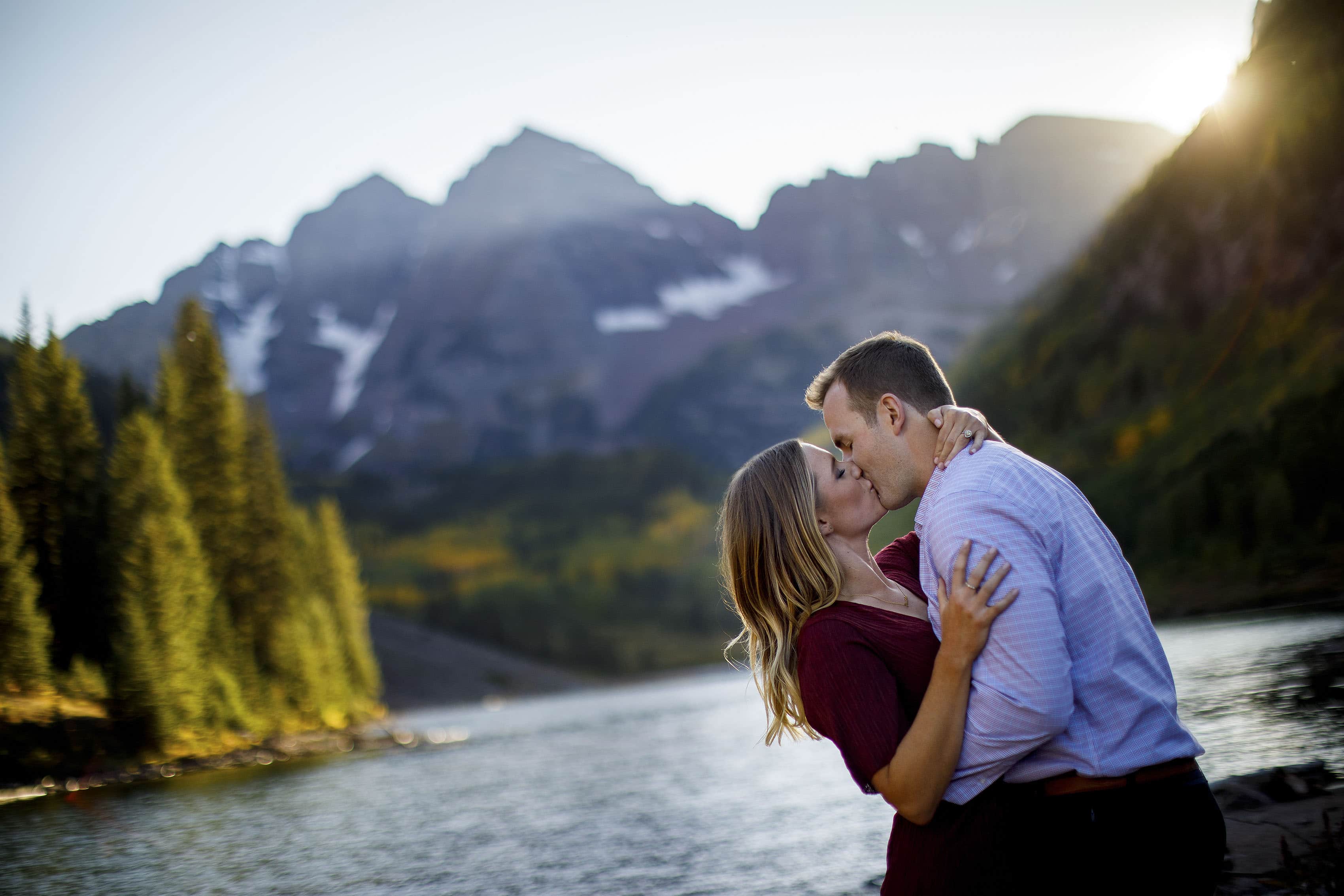 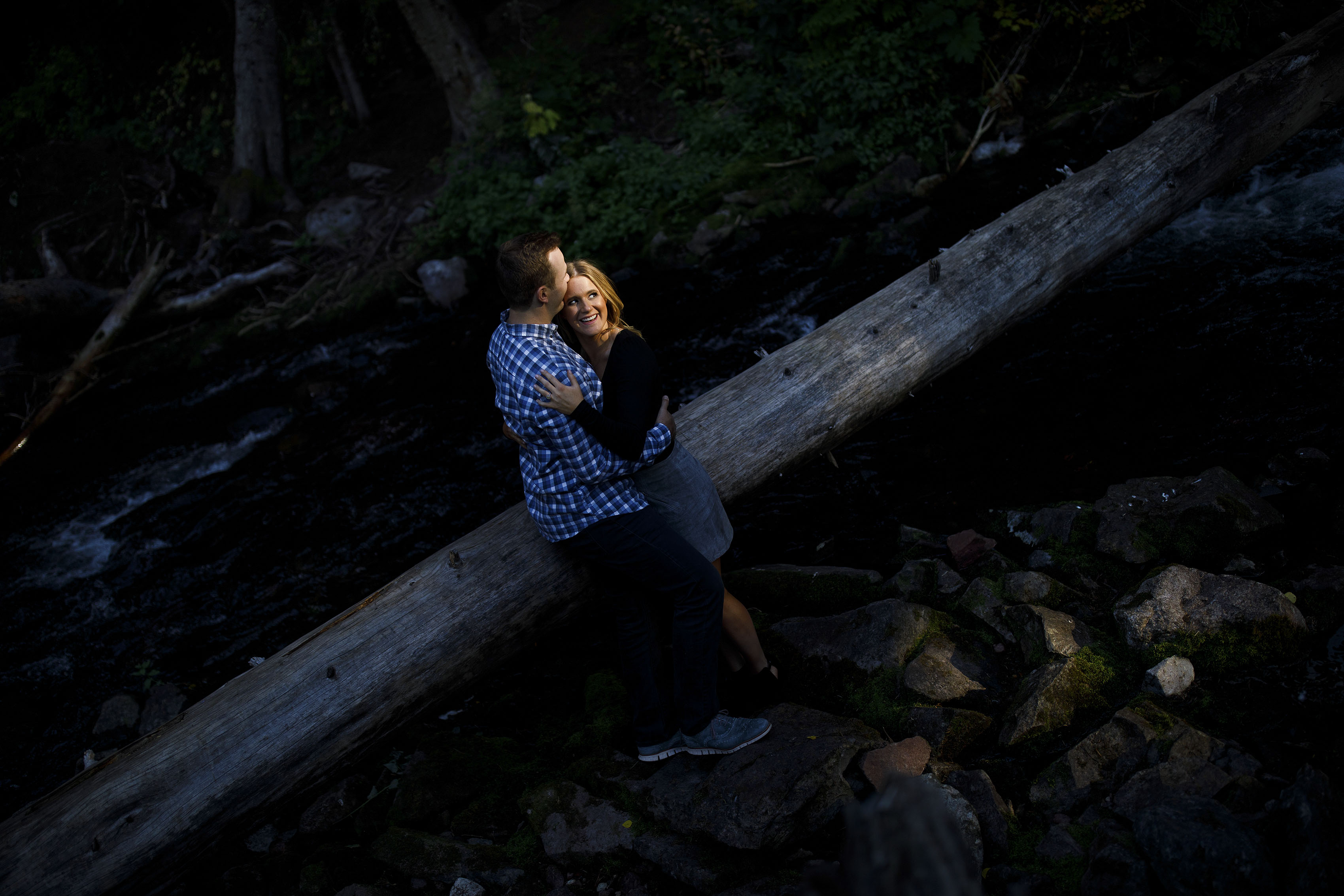 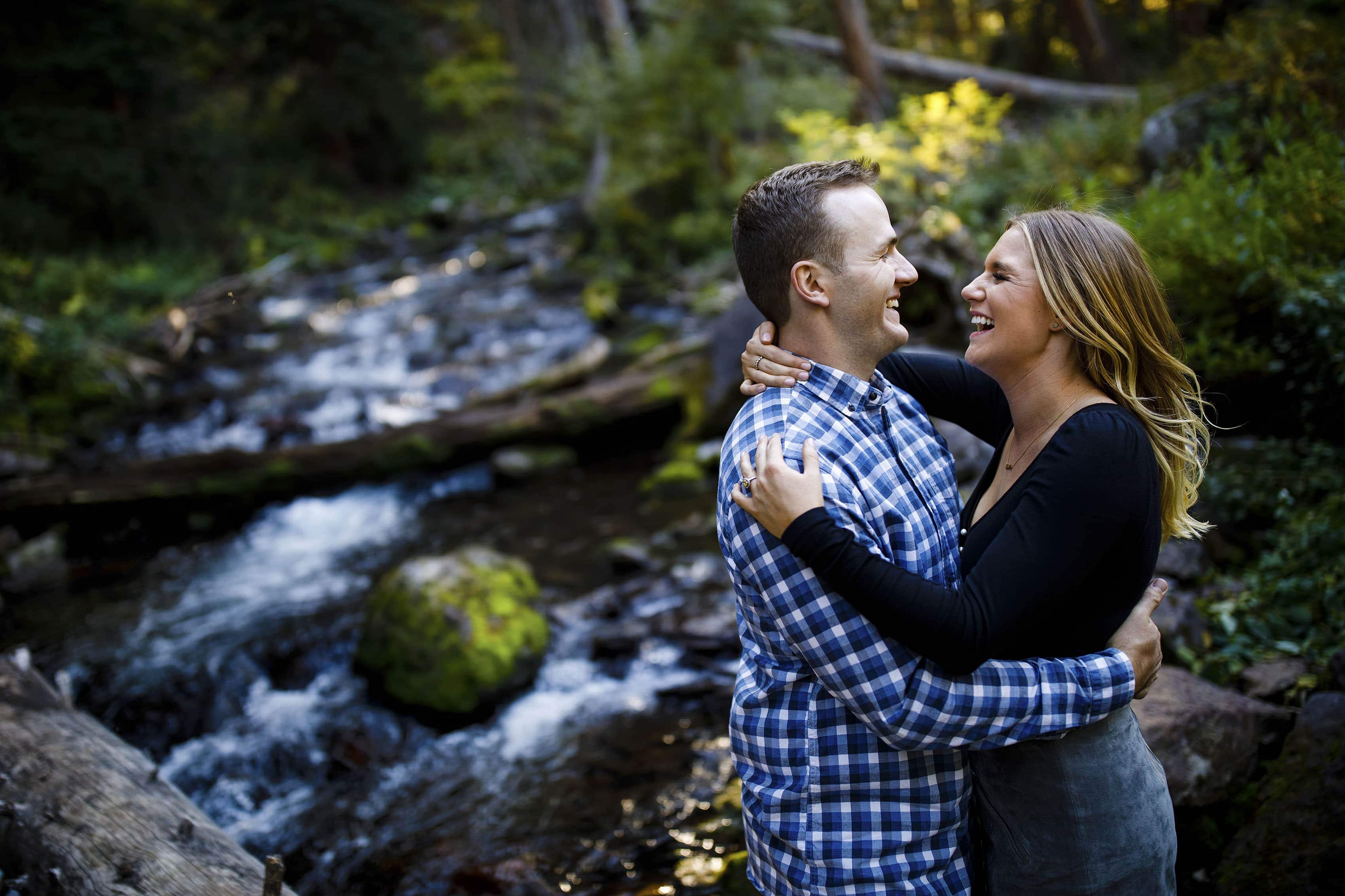 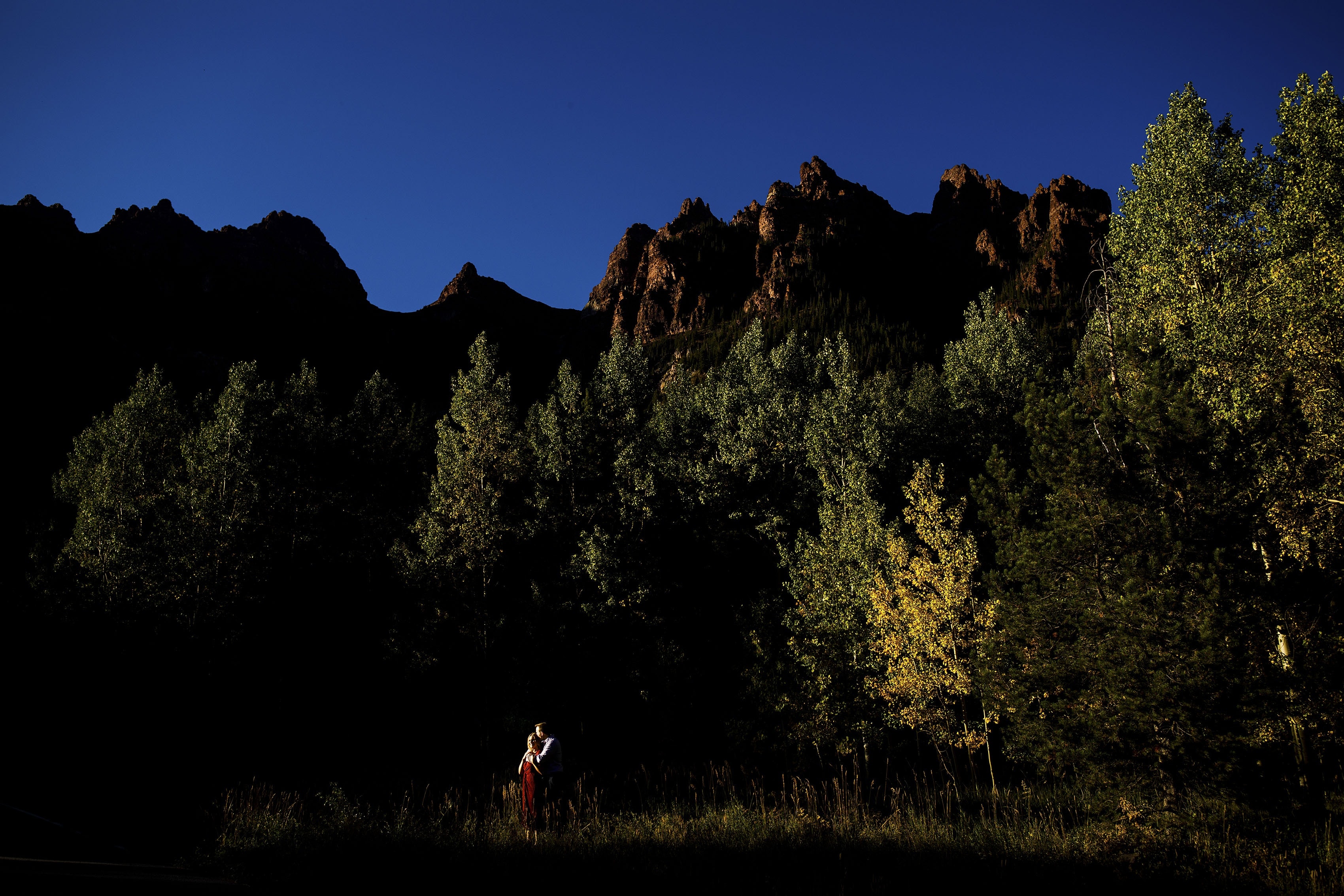 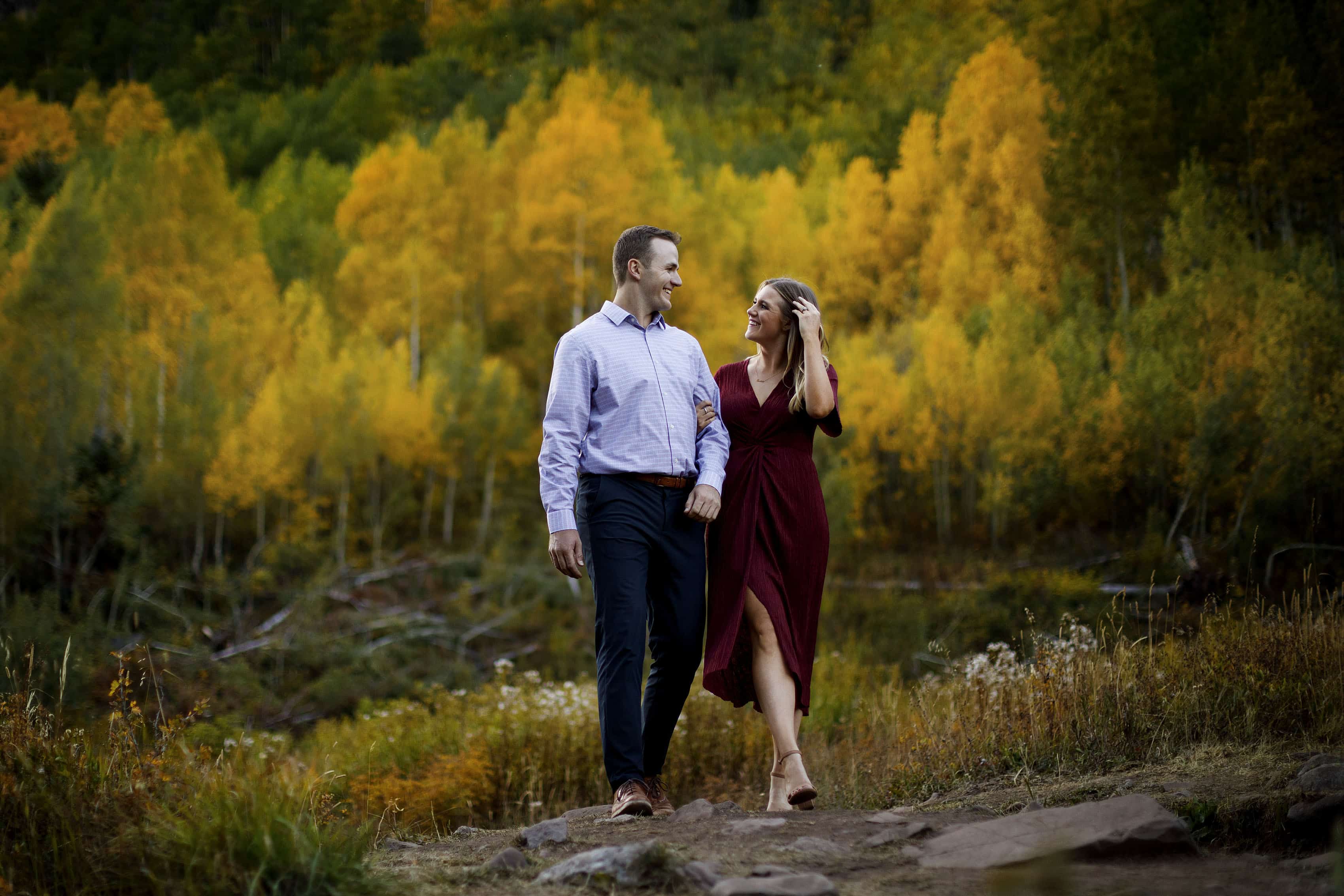 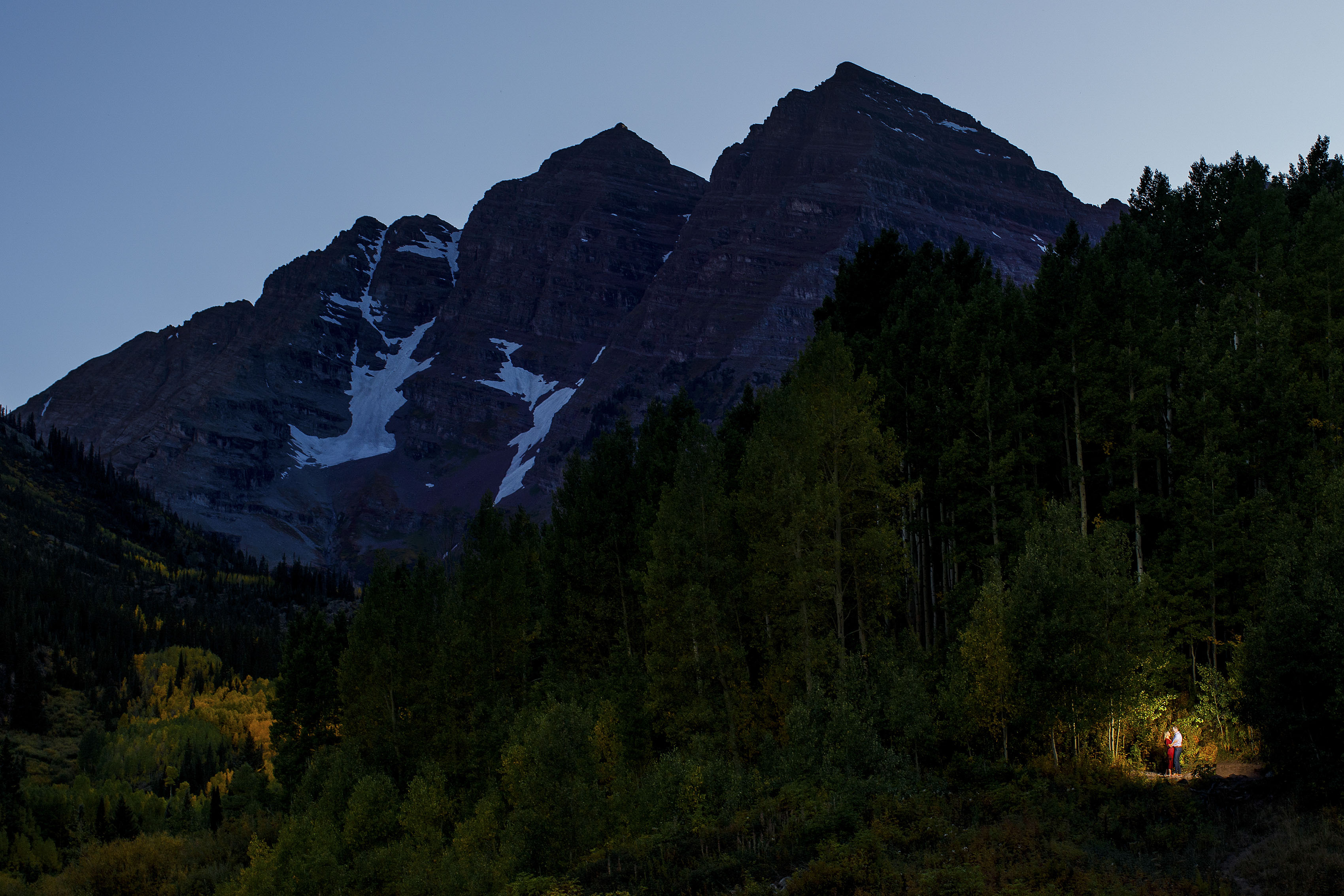 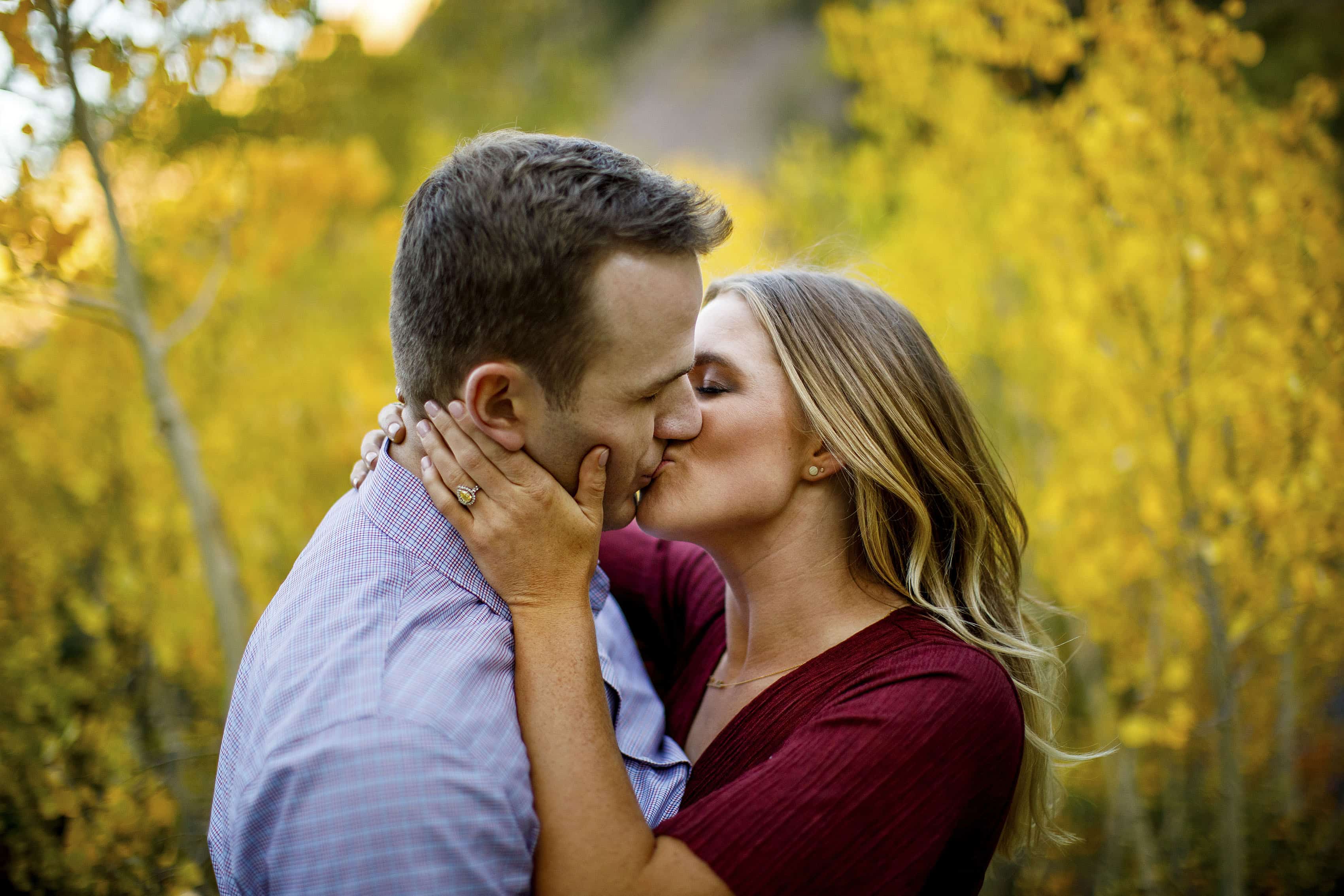 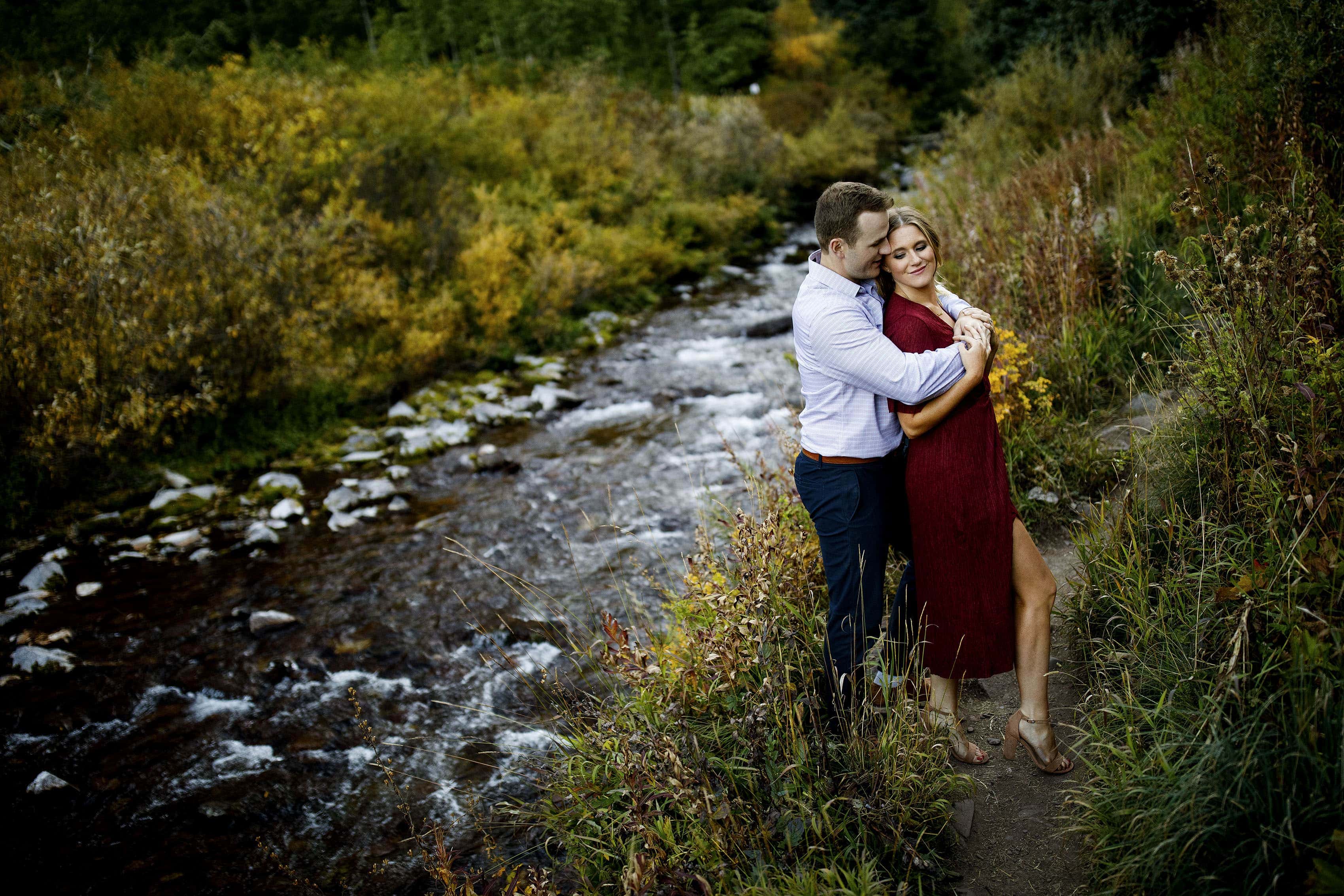 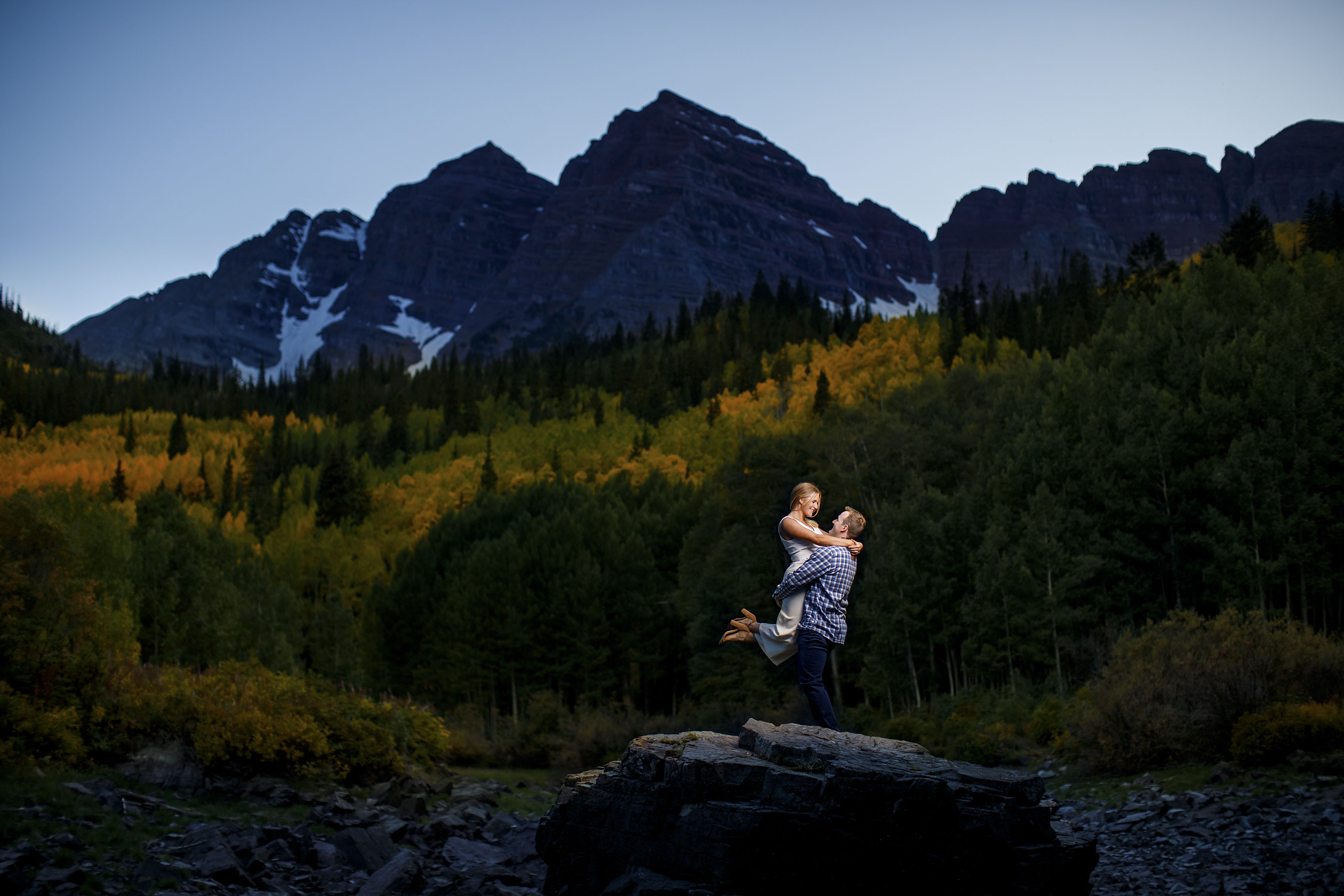 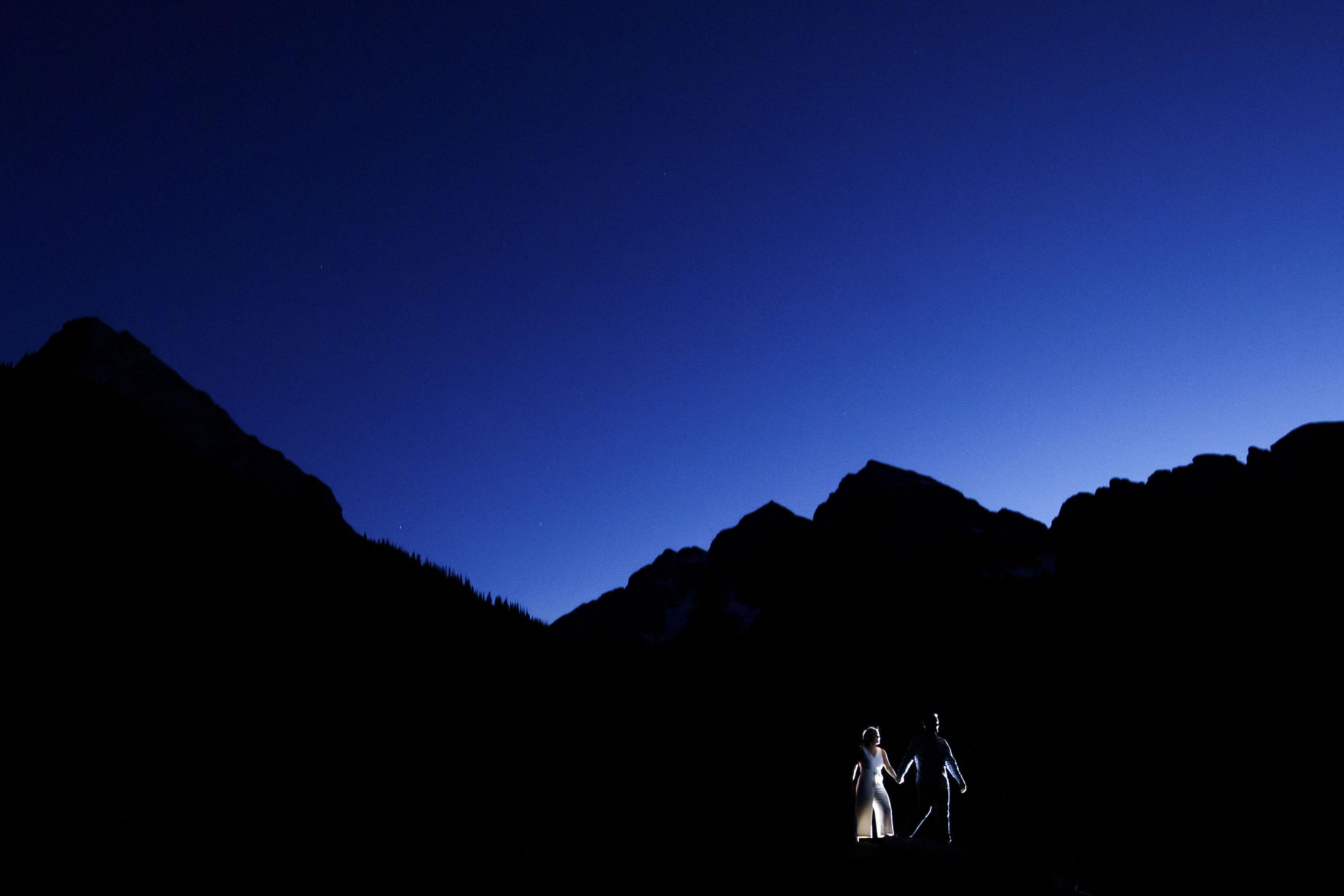 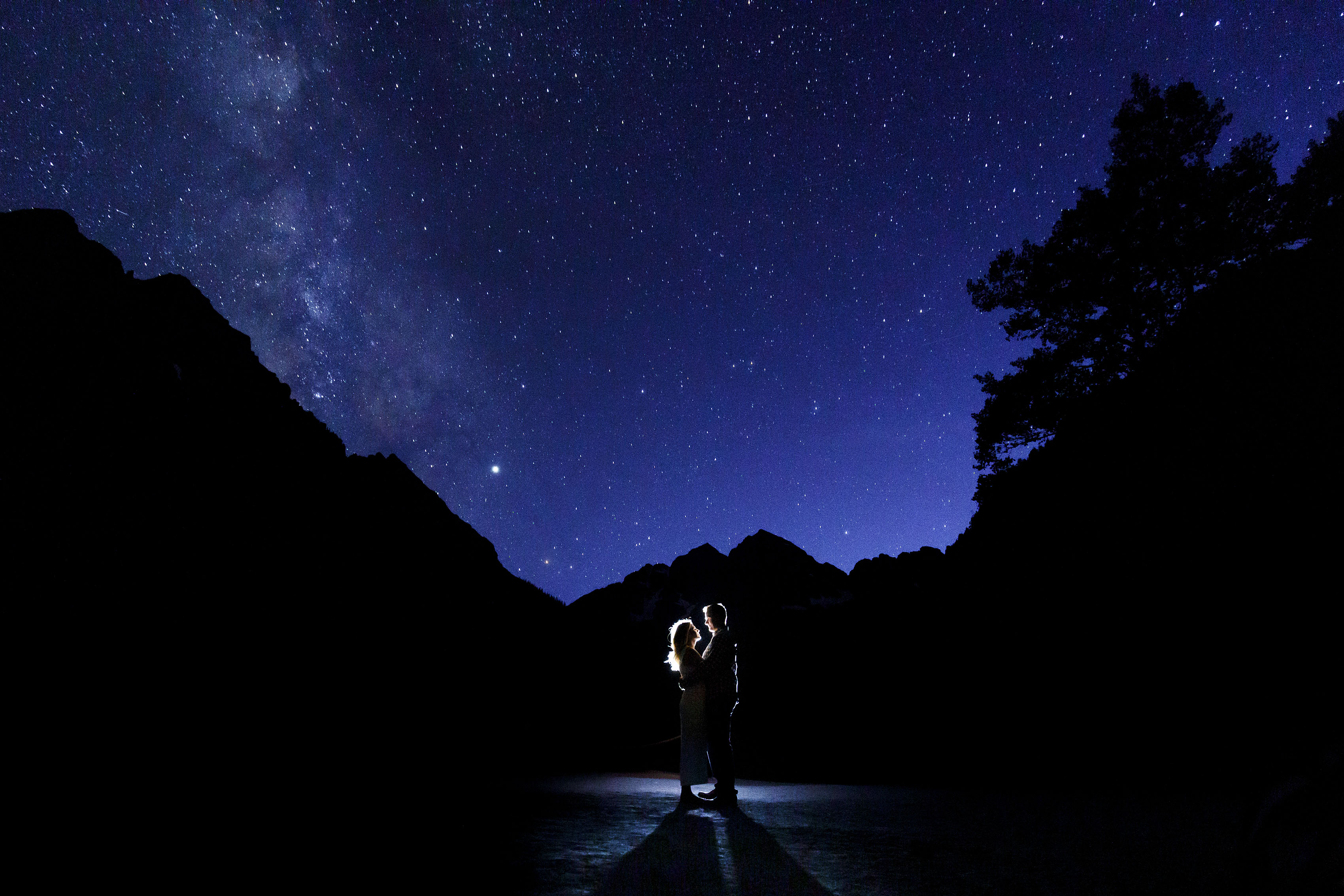 For personal privacy, client galleries are password protected. To login, the password is "YYYYMMDDlastname," where the date is the day of the shoot (wedding day or engagement session) and last name can be either last name. Passwords are case-sensitive, and names are always lowercase.